Estimation of the dimension of oil heating replacement

The stock of climate-damaging oil-fired boilers (especially inefficient low-temperature, oil-fired boiler) is enormous. This applies in particular to Luxembourg. According to a report by Swiss radio and television (SRF), Luxembourg - together with Switzerland - took first place in Europe in terms of heating oil: no other European country consumed more per capita heating oil in 2016. Oil heating systems, however, emit enormous amounts of CO2. Compared to natural gas boilers, this is 30% more, compared to pellet boilers even more than three times as much. 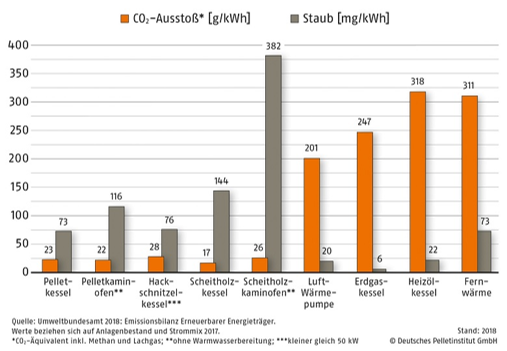 Therefore, from the point of view of climate policy, the oil heating should be replaced as soon as possible by sustainable and thus climate-friendly technologies.

Objective of the short study

In the short study commissioned by MyEnergie G.I.E. in coordination with the Luxembourg Ministry of Energy, the dimension of a structured oil heating replacement (fade-out) through alternative, more climate-friendly technologies is to be estimated.
The short study focuses on four sample communities. On the basis of these, general statements for different basic conditions (urban / rural, with gas network / without gas network) are to be generated and possible replacement paths are to be derived from them. At the same time, the fine dust emissions are to be presented, which, above all, result from the use of wood-fired boilers and can have a negative effect on air quality.
The results of the short study will be discussed, in particular, with the Enviromental Agency and will then be incorporated into the political decision-making process in Luxembourg.
The data basis for the study is the heat map, which already exists throughout the sample communities and is now supplement by further data (e.g. existing natural gas network) as part of the short study.